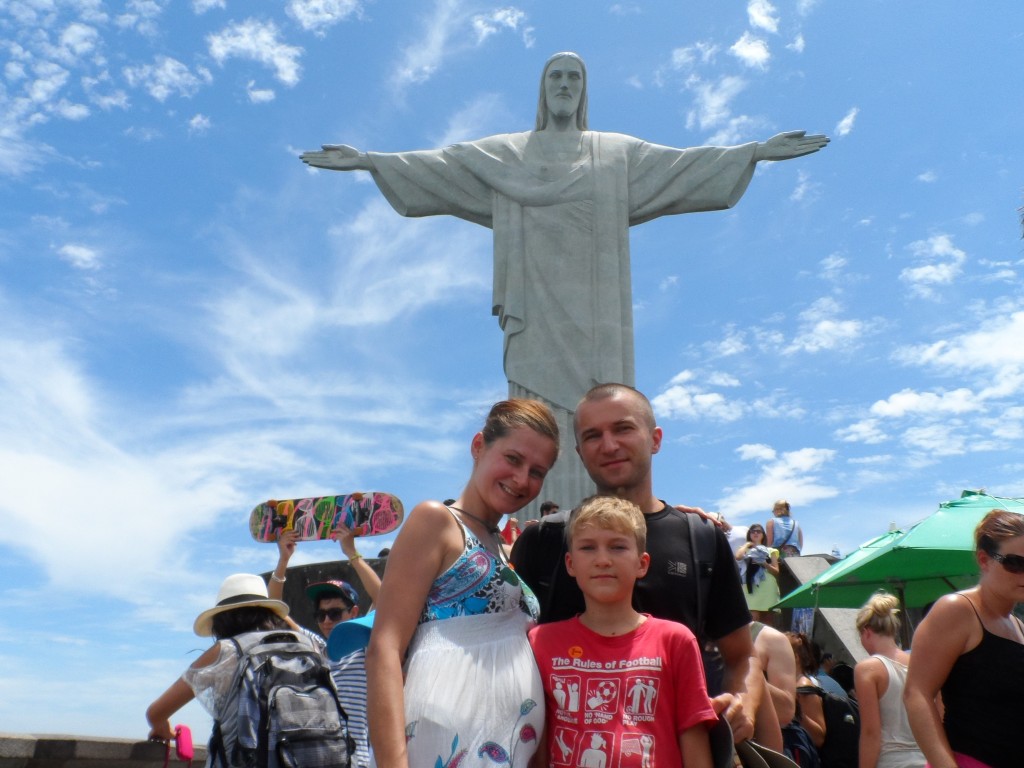 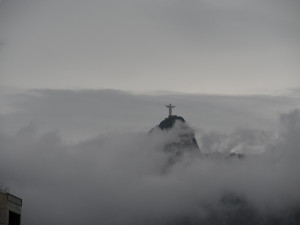 We waited a long time for a clear sky in Rio. For many days Corcovado peak, where 30 metres high statue of Cristo Redentor has reigned over the city for over 80 years, was covered in clouds which did not guarantee the best views of the cidade maravilhosa. Even when we got there the view was not the clearest one. 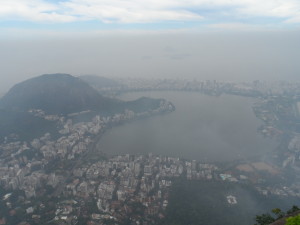 Getting to the top is an adventure itself and requires a lot of patience as people flock in numbers to see one of the New Seven Wonders of the World. You’re guaranteed to spend many hours queuing to buy the train ticket to the statue. Not to mention that it is not the cheapest option so if you want to save money and time we recommend taking one of the minibuses parked near the entrance to the cog train.

Believe it or not but this is the famous Copacabana. Only three days before the Carnaval, it seems deserted and abandoned.

The following day we couldn’t complain about the weather but in terms of the crowds it wasn’t getting any better at the sister beach Ipanema. 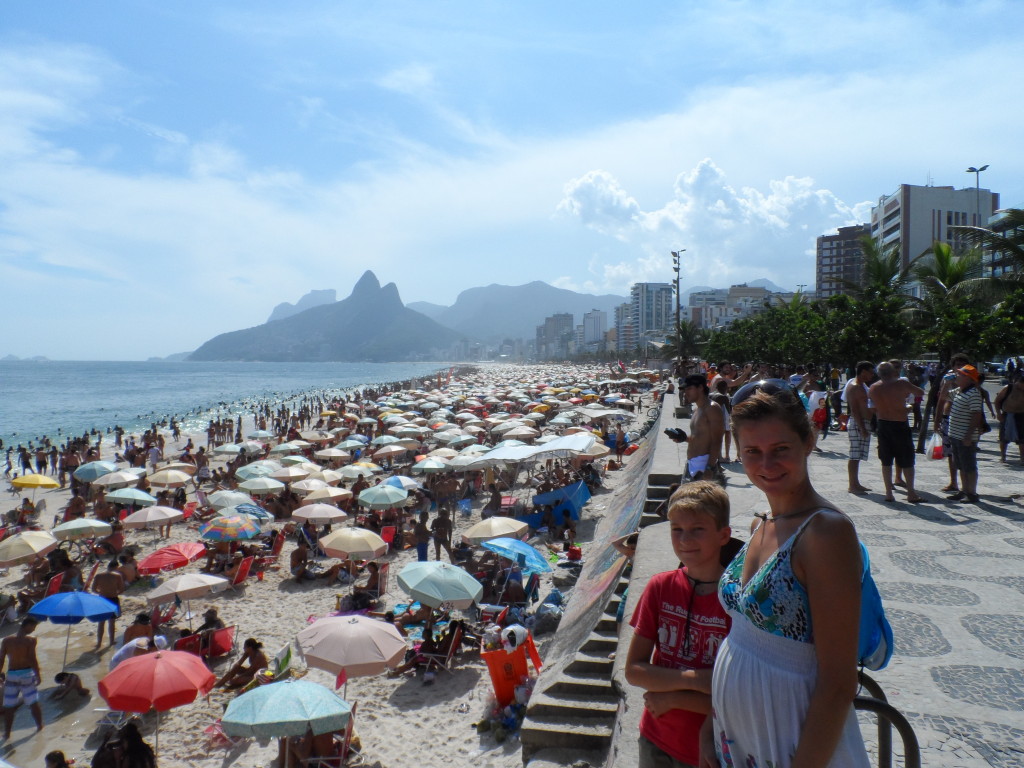 Rio as you know it! Postcard perfect picture of Ipanema full of sun worshipers. 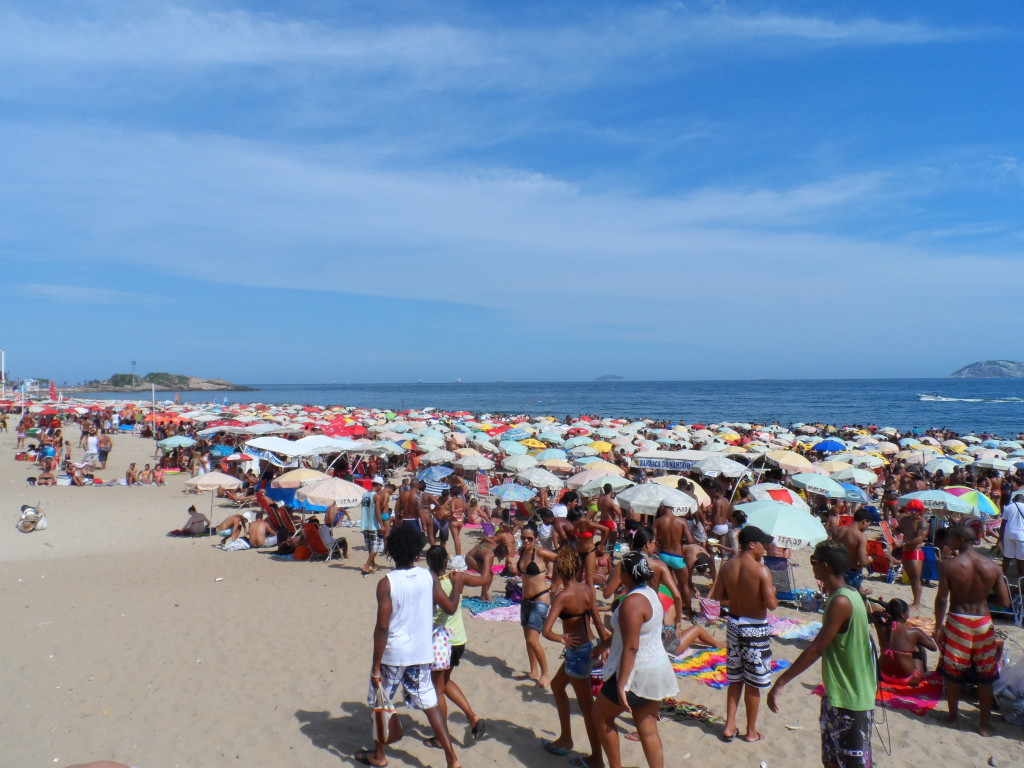 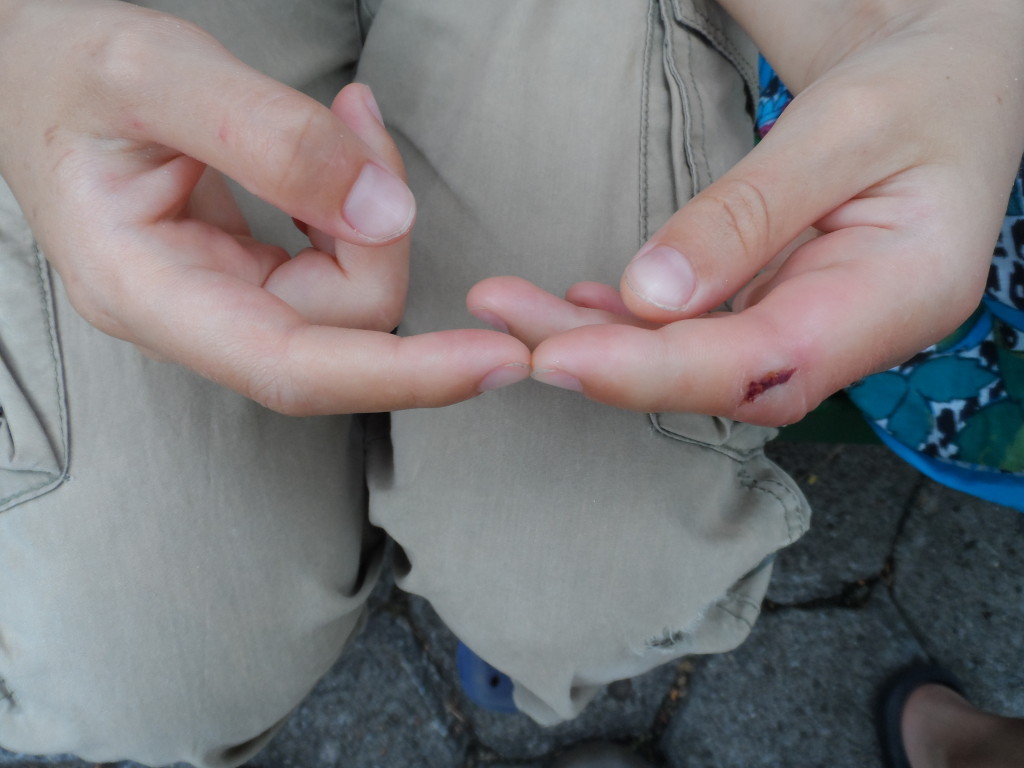 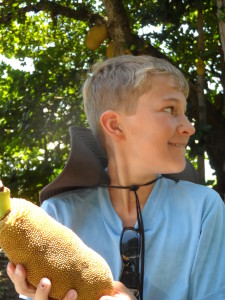 And that’s where the children end when they play with knives. Mateusz could not resist picking up this durian fruit. He has never seen it before and here he was being able pluck it from the tree himself. He also wanted to cut it, peel it and slice it for the family to enjoy. Having read that the flesh of the fruit has a rather strong and unique odour he decided to prepare it on the balcony. Unfortunately, the husk of durian fruit was very hard, the knife slipped on the thorns and Mateusz badly cut himself. The wound did not heal for many days and we ended up in the hospital where Mateusz received a course of antibiotics.

Rio’s iconic Sugarloaf Mountain seen from a different angle: Parque da Cidade, Niterói. Although unknown to many tourists, it offers tremendous views of Niterói and Rio on the other side of the bay. 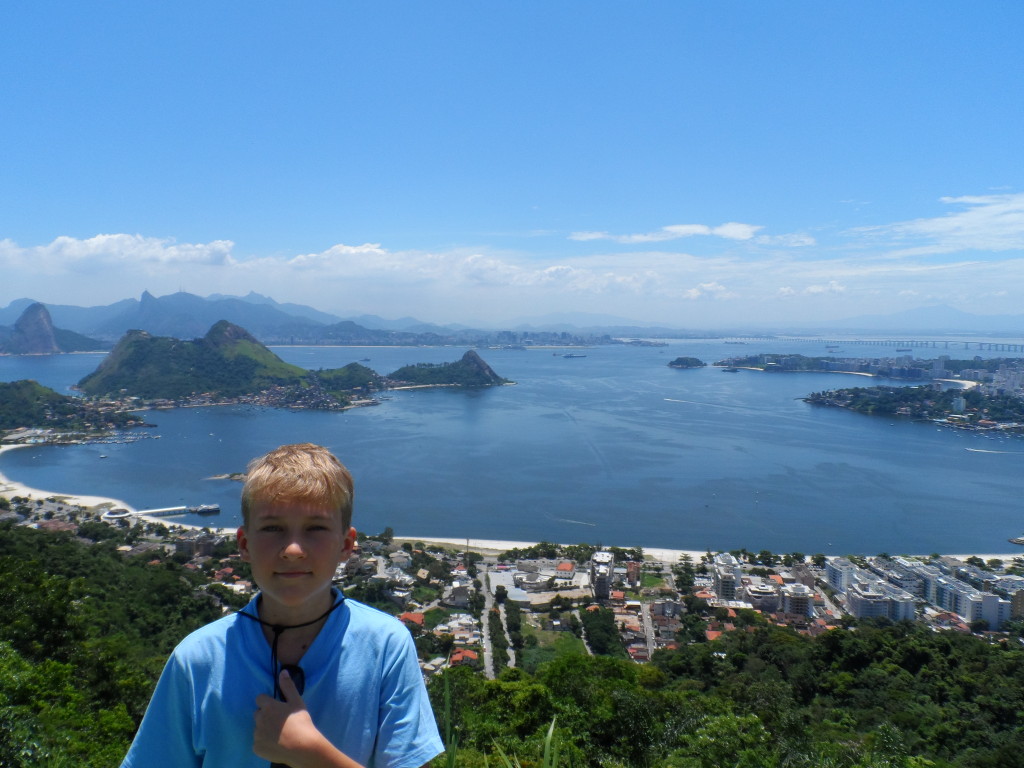 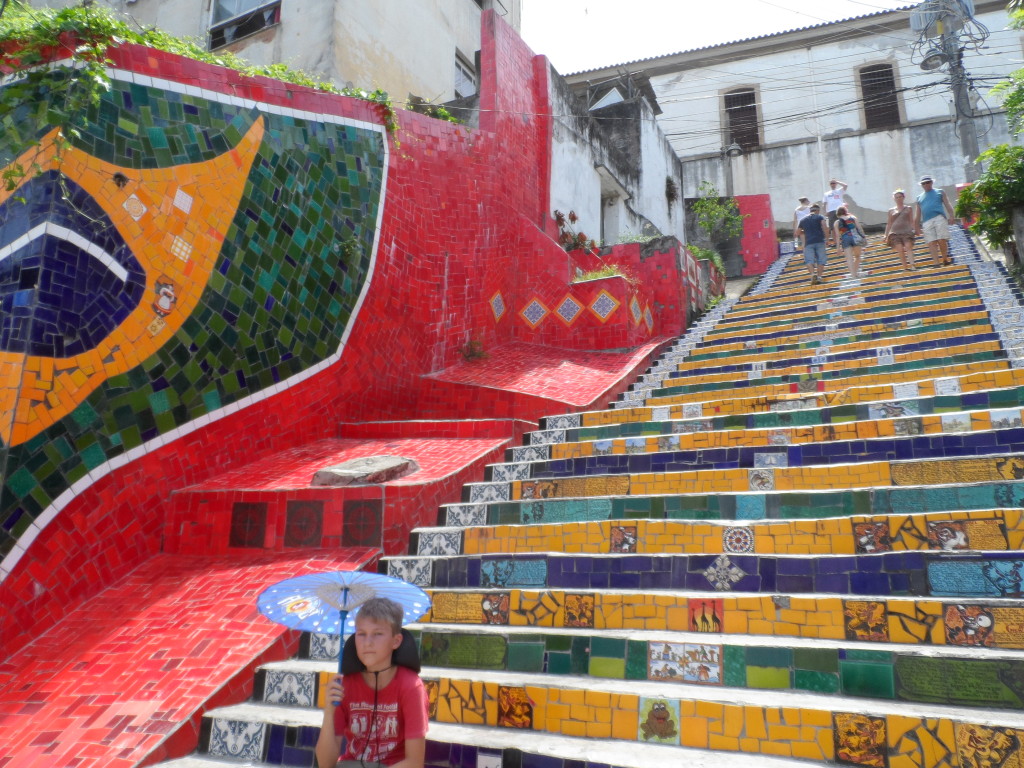 Mateusz at the upper part of Escadaria Selarón, the famous staircase covered with tiles from over 100 countries. It’s really fun to look for the one from your country.