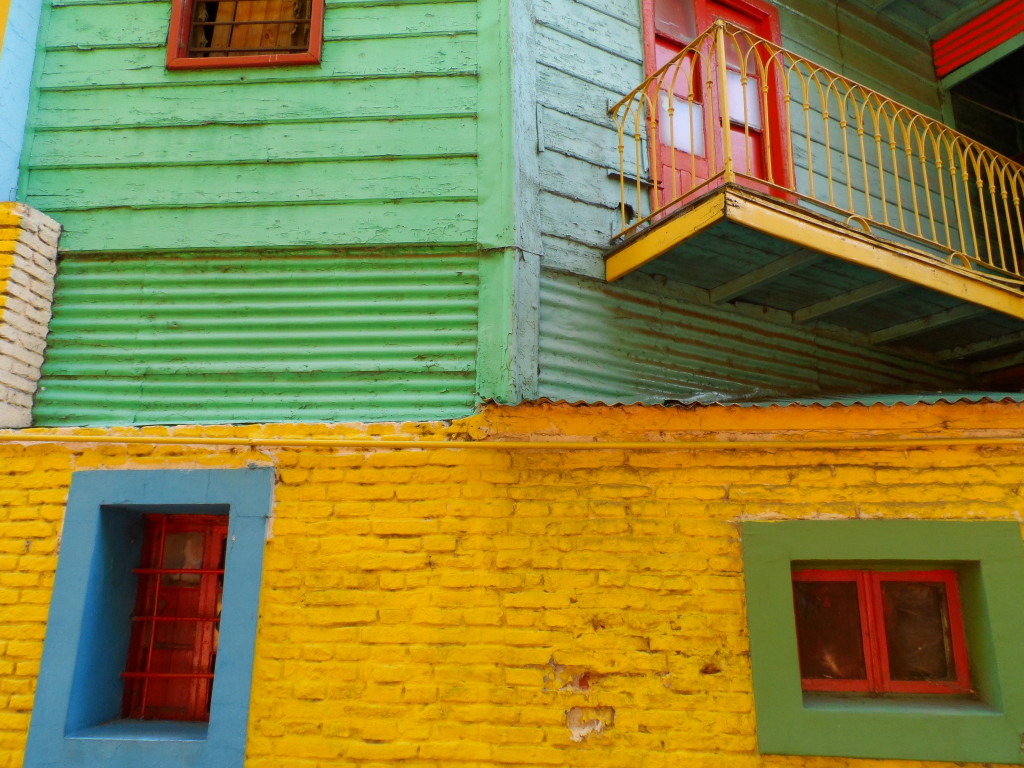 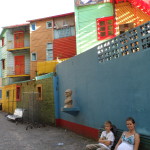 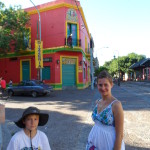 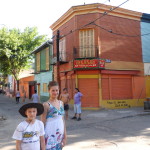 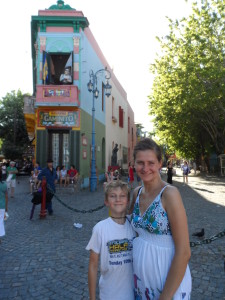 Courtesy of our host we spent a leisurely week in Buenos Aires. The weather was a delightful contrast to at times sunny but unpredictably changeable and prone to wind and rain Ushuaia

One of the places we enjoyed most was Caminito, a charming, mainly pedestrian area comprising just a few streets full of crumbling colourful houses located near the famous Boca Juniors team stadium. One of the greatest football players of all time, also know for the ‘Hand of God’, used to play here when he was younger. 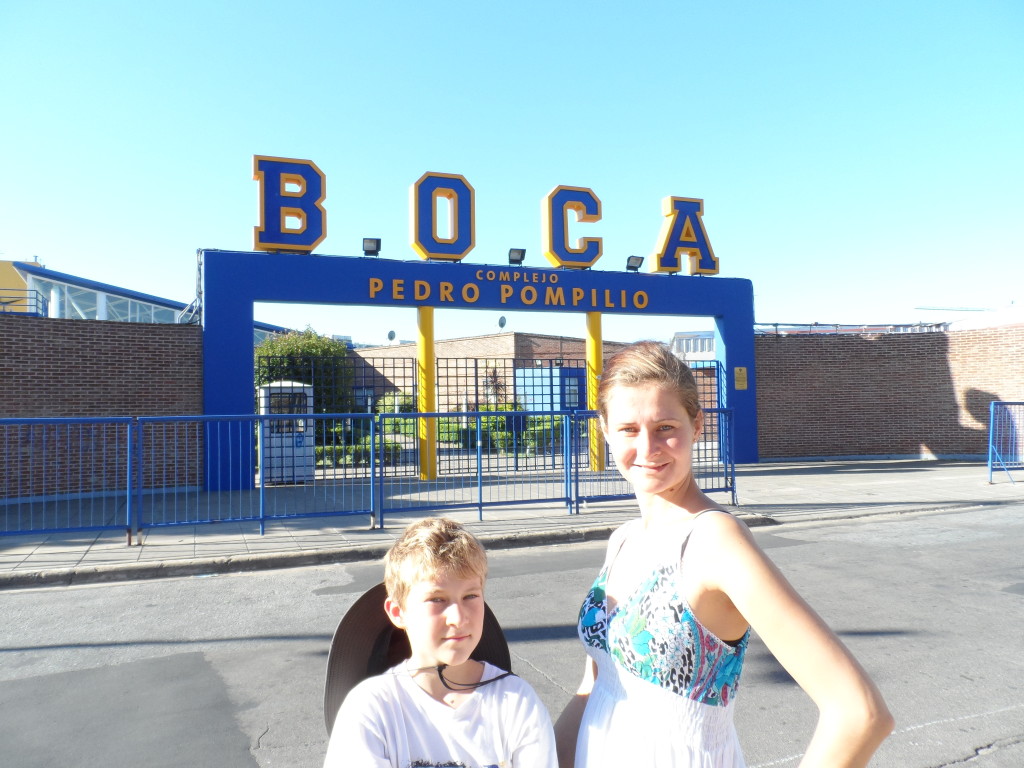 Unfortunately for Mateusz, on this occasion Diego Maradona was unavailable to give an autograph 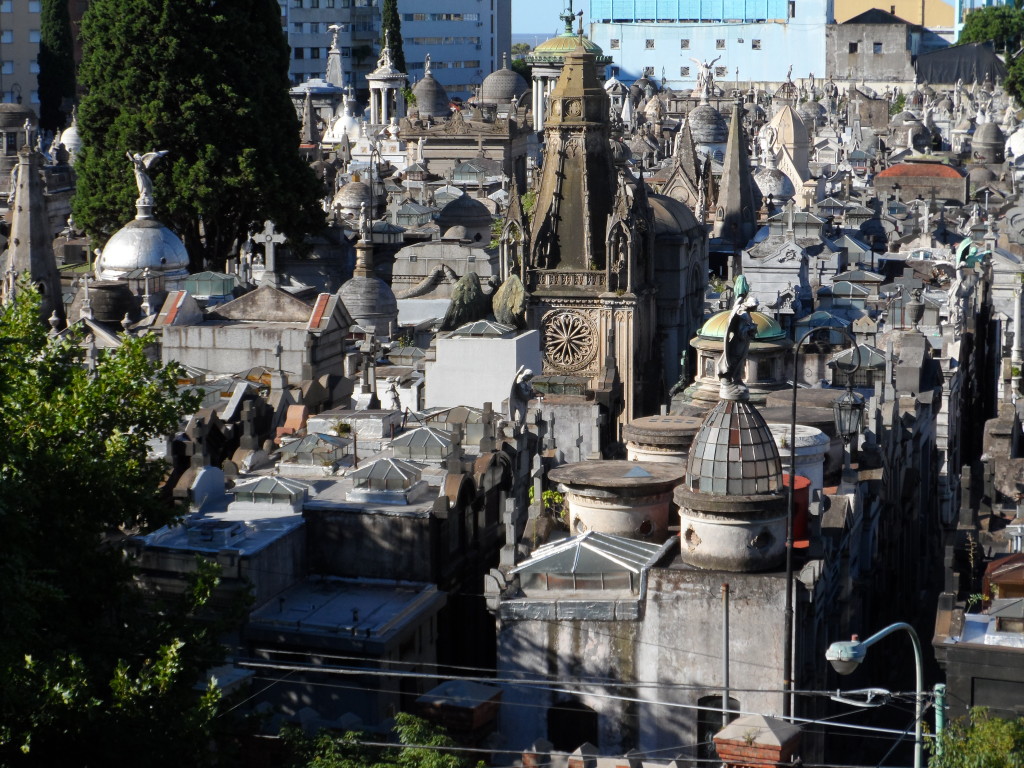 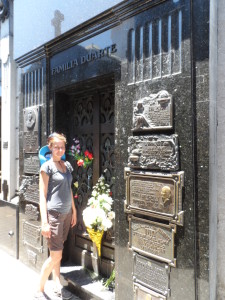 Cementerio de la Recoleta, seen from the bird’s eye view. To be exact from the third floor shopping mall’s view. Evita Peron’s grave may not be the most impressive one but certainly one of the easiest to find. You just need to follow other tourists. On the next photo you can see nine lanes wide Avenida 9 de Julio, which according to porteños (people living in Buenos Aires) is the widest street in the world. Not everyone agrees with that title but no doubt it takes many pedestrian crossings to get to the other side of the avenue. 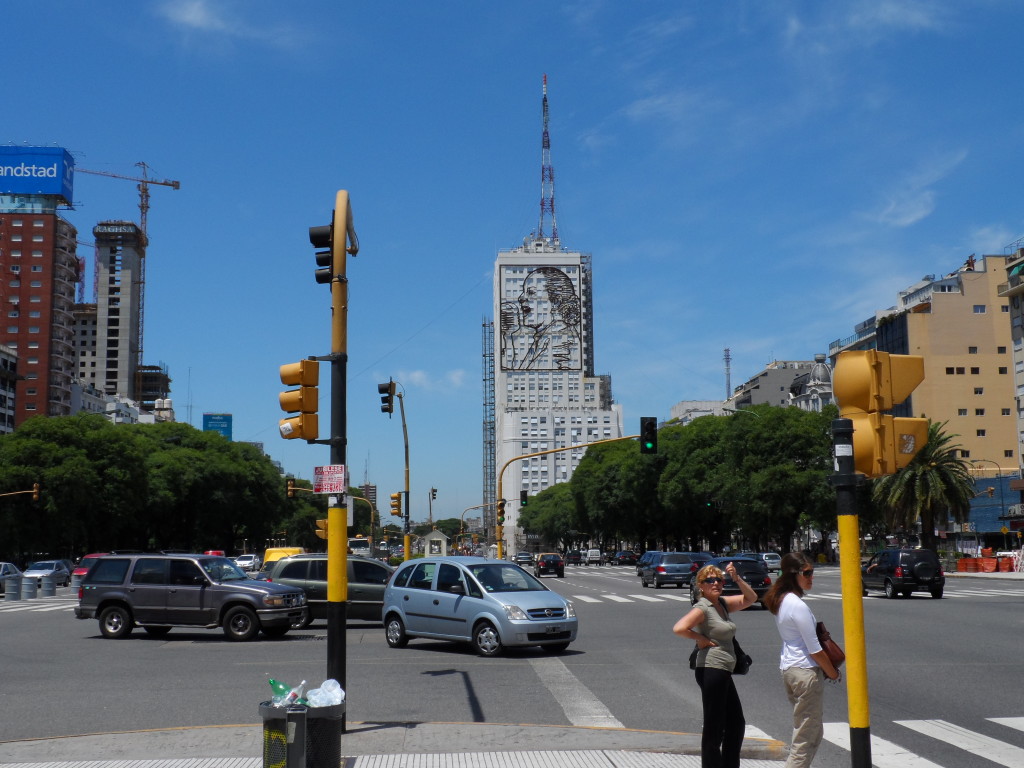 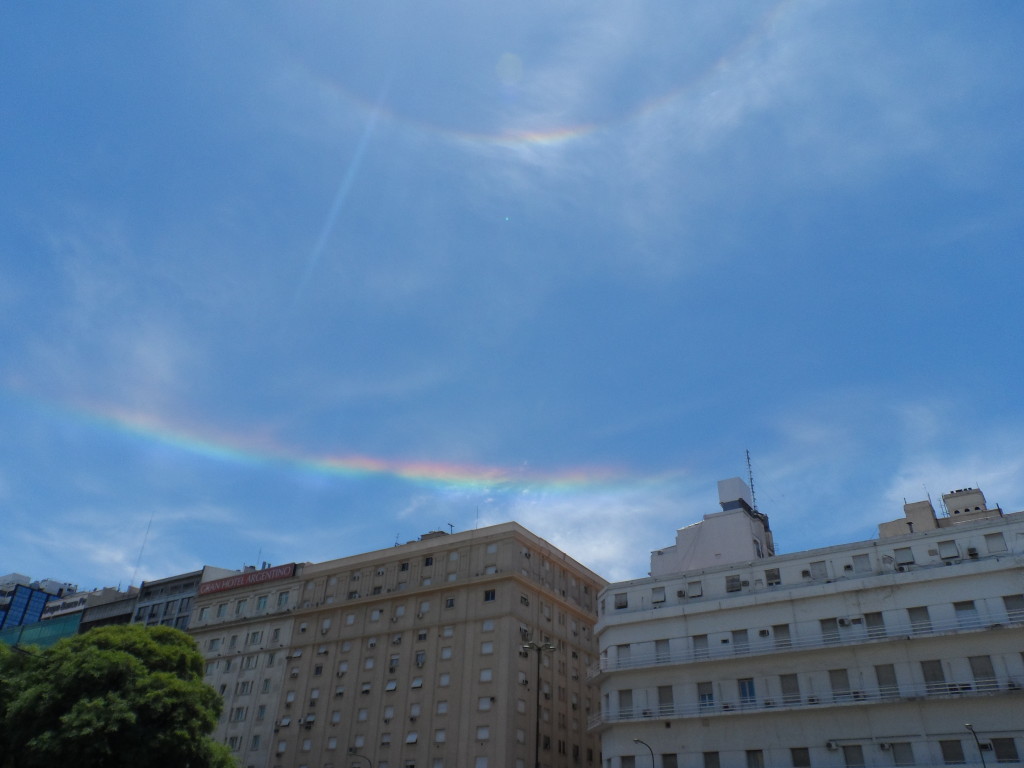 Double rainbow is not a guaranteed sight in Buenos Aires. For us it was included in the price of the walking tour.

You’ll never find it if you don’t know where to look for it. A house built on the roof of another house. 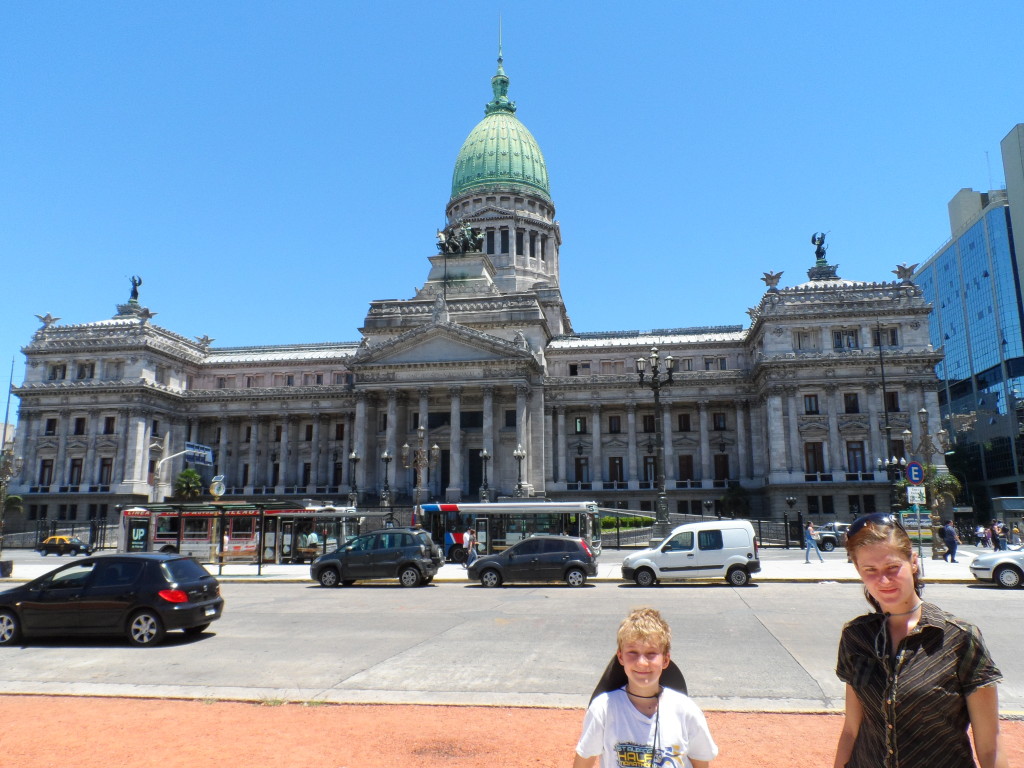 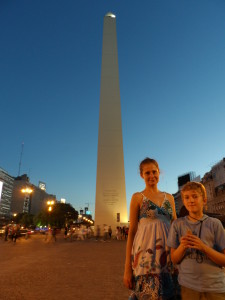 The Congressional Palace, one of the most beautiful buildings in Buenos Aires, closed for many years during the dictatorship. To the right, almost 70 metres high Obelisco de Buenos Aires, iconic monument built at incredible speed in a month’s time in 1936. People gather here to celebrate victories of national football team, take parts in concerts, organise parades or political demonstrations.