Beautifully preserved remnants of Jesuits settlements in the middle of nowhere. And it’s been exactly as written in the guidebook. Despite the fact that the site is a Unesco World Heritage Site there are little or no tourists visiting the place. We had it only to ourselves for most of the time.

There are two main sites: Trinidad and Jesus. To get there involves taking a local bus from Encarnacion, a bit of walking and a moto-taxi to travel between the settlements.

No treasures to be found this time despite Mateusz trying really hard to explore all the secret places. Somebody must have been here before him.

As it is Paraguay, sunny weather is almost guaranteed. In fact, it was scorching hot with almost no place to hide. 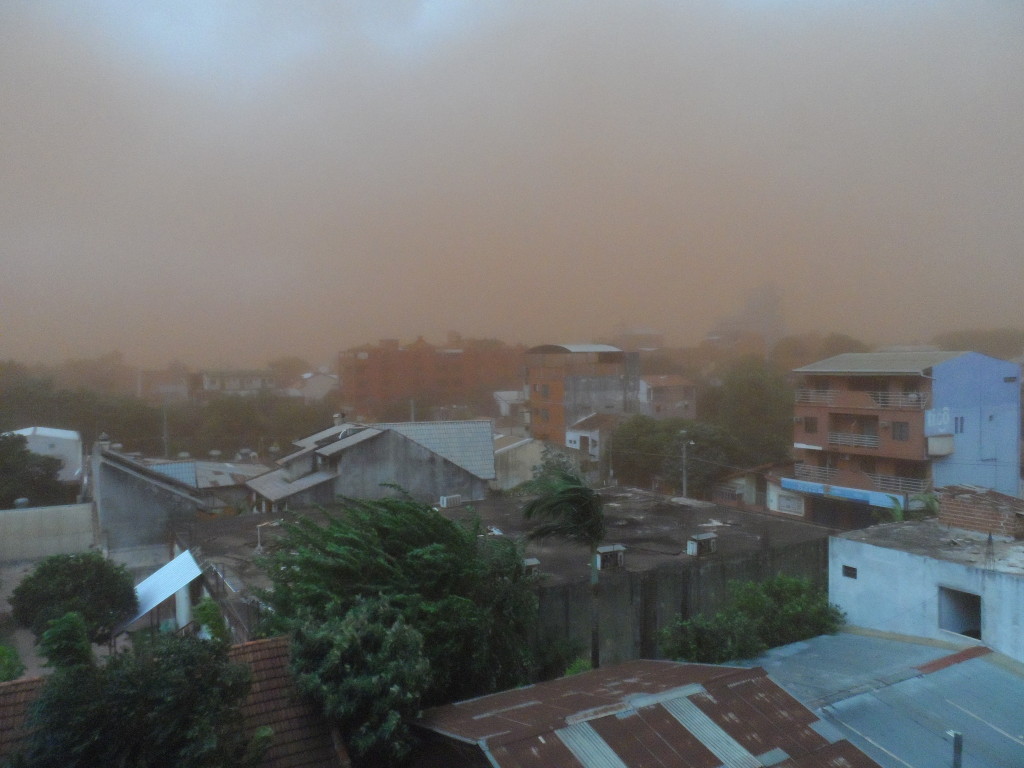 That is how city of Encarnacion looks like during the sandstorm. It started all of a sudden and lasted no more than 15 minutes. 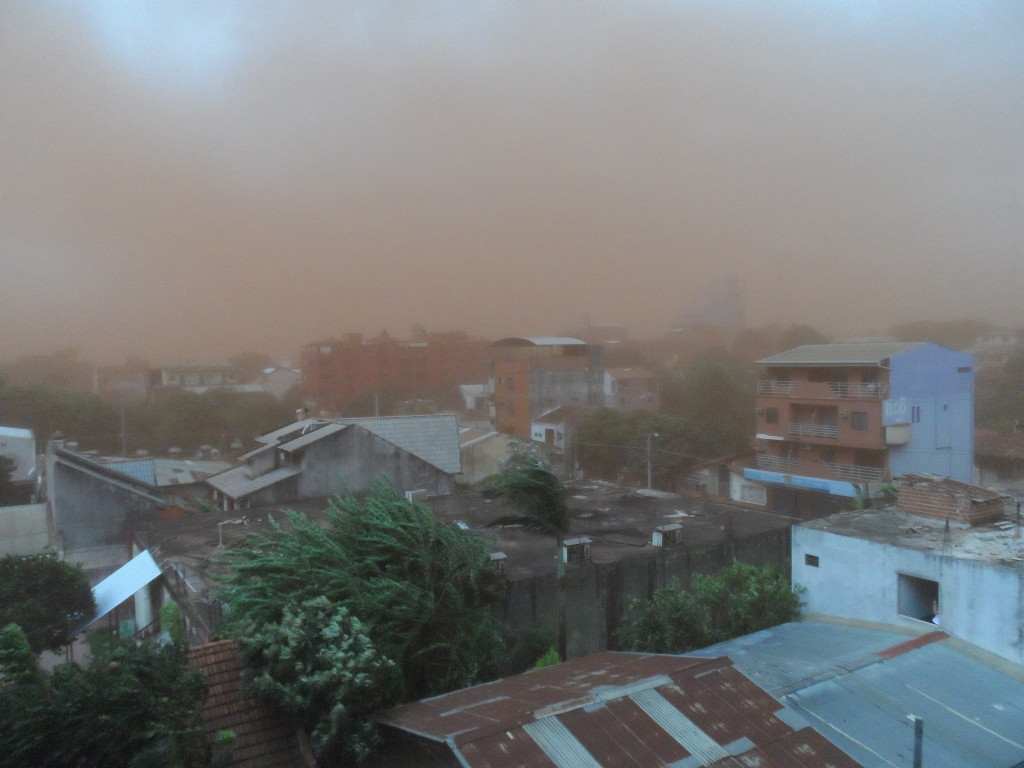 We watched it mesmerized from the safety of our hotel. Few tin roofs were damaged and few tree branches sent flying but luckily nobody was hurt. 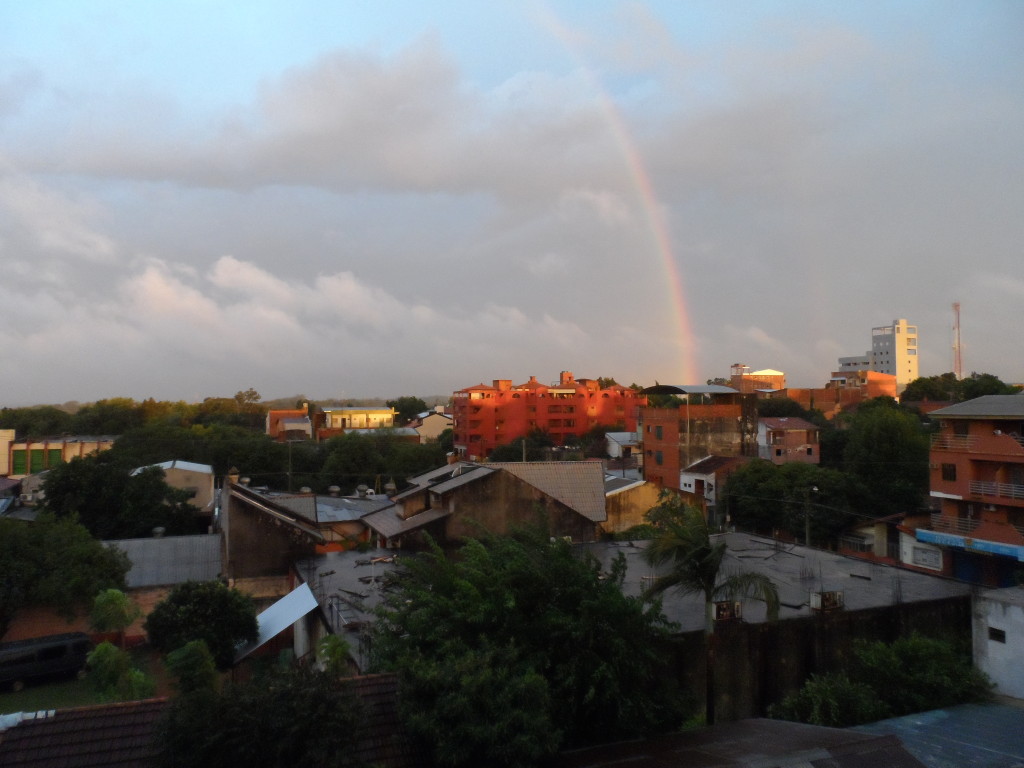 It ended as abruptly as it came. The immediate aftermath was a beautiful rainbow. Unfortunately, it was followed by the entire city power cut that continued long time after the sunset.